In international news, both Stephy Mavididi and Corey Whelan earned U20s caps for their respective teams during the break. Stephy featured in a three lions U20 shirt in their game against Germany U20 and Corey played for Republic of Ireland U20, during their visit to Norway. Jak McCourt has scored three goals, in as many games in League Two, with the first coming against Swindon in a 2-2 draw and then twice for Chesterfield as they beat 10-man Forest Green 3-2! Against Swindo

It’s been a busy week for the Crown Media team, here’s a roundup of what’s been going on. New Signing – Martine McCutcheon We are delighted to announce that we are now representing Martine for all her TV, Brand and commercial engagements. Martine will be represented by Head of Media, Jonny McWilliams and Senior Agent, Angharad Marsh. Andrea McLean completes New Book Deal with Transworld Books Crown Media are very happy to have completed a new book publishing deal for Andre

Following the release of their brand new single, today The KIDZ BOP Kids announced that they’ll be headlining this years Hamleys Toy Parade. The annual event, hosted by Hamleys Toy Store, will close down the entirety of Regent Street on November 19th. Join The KIDZ BOP Kids for their special finale performance from 4.00pm, where they’ll be performing hits from their highly anticipated second album ‘KIDZ BOP 2018‘ which arrives this coming Friday (10/11). 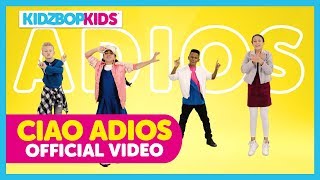 It’s been a packed couple of weeks for Crown Football! We’ve had international call ups for Chris Maxwell who has been picked for the Wales friendlies against France on 10th November and Panama on 14th November, as well as Stephy Mavididi who was called up for England U20’s match against Germany on 14thNovember. Additionally, Corey Whelan also received a call up for Republic of Ireland U21’s for their match against Norway on 11th November and Alex Pascanu will be playing