It’s finally come. After a month of following the fugitives the final episode of Celebrity Hunted 2017 airs on Channel 4 tonight at 9:15pm. As reported by Radio Times, in this episode the hunted [including Jay McGuiness and Siva Kaneswaran] ‘try to avoid dogs, drones and helicopters, and evade capture for the final time and make it to the extraction point. Jamie Laing and Spencer Matthews have relied on their fame to blag lifts and places to stay, but with more and more membe

In this week’s highlights, we have first team debuts and ‘Goal of the Day’ nominations… What a week it’s been for Ben Sheaf! Ben returned from a long term injury and played 70 minutes for Arsenal U23’s in a 2-0 win against Sunderland U23’s at the Emirates on Monday evening. Ben started the game on the bench, but was brought on after just 20 minutes when Jeff Reine Adelaide was taken off due to an injury. Ben was excellent at the back and it appeared as if he’d never been a

Read about Becky's incredible sell out show at the O2 Institute 3 in Birmingham, courtesy of Express & Star! https://www.expressandstar.com/entertainment/music/2017/10/21/becky-hill-o2-institute-3-birmingham---review/

It’s been a busy week with goals scored and defenders keeping clean sheets on International duty at Crown Football… Stephy Mavididi found the net twice on Tuesday afternoon in the England U20’s 4-0 victory over Czech Republic. England U20’s made it three wins out of four this autumn as they cruised past Czech Republic at St George’s Park. Keith Downing’s team, who won 5-1 in Italy last Thursday, found their shooting boots again in Burton and were more convincing than the s 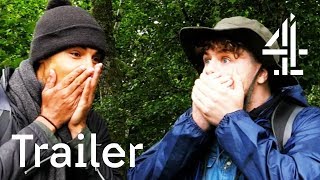