Crown Supervision’s Claire Freeman is a finalist in the 2017 Music and Sound Awards Best Sync category for her work on Shedding Skin by acclaimed UK talent Ghostpoet – synced in UK feature film City of Tiny Lights, directed by Pete Travis, starring Riz Ahmed & Billie Piper. Take a look at all the finalists here.

Tyler Magloire has become the final of the second year scholars to be offered a contract by Rovers to sign their first professional deal. Central defender Magloire has signed a two-year deal with Rovers that will take him through to the summer of 2019. The 18-year-old made 17 appearances for Damien Johnson’s Under-23s side last term, as well as a further 14 for the Under-18s. That followed on from an outing for the first-team last season pre-season in the 1-0 win over Bury. M 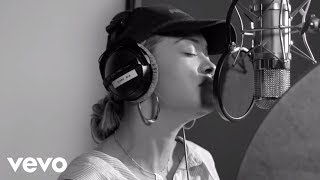 Ella Henderson was one of 50 artists to join forces for a charity single to raise money for the victims.

The 23-year-old centre-back comes to Home Park after a compensation fee was agreed between Argyle and Morecambe. Ryan comes highly-rated by his former club, having won Player of the Season awards voted for by supporters and fellow pros last season. Born in Liverpool, Ryan began his career working his way up Blackburn Rovers’ youth system. He had loan spells at Rochdale, Fleetwood Town, Chesterfield and Tranmere Rovers before moving to Morecambe on loan in 2013-14. After impre

Oli Webb has a busy weekend ahead with the 85th running of the Le Mans 24! Click here for more info!

Hearts have today landed their second signing of the summer. The Tynecastle side brought in striker Cole Stockton from Tranmere on a pre-contract to add to the signature of Christophe Berra. For more info click here!